Autopoiesis in the Game of Life

In this talk, we will review a series of papers by Randall Beer. In these work he uses the Game of Life to exemplify different aspects and concepts autopoiesis and enactivism, using the model as a laboratory in which theoretical concepts can be developed to the point where they can be used to actually calculate things (autopoietic networks and operational closure, destructive/non-destructive perturbations, structural coupling…). Reviewing the work in this minimal world we will discuss 1) how different aspects of autopoiesis and autonomy can or cannot be displayed by minimal agents in a cellular automata, 2) how this type of study may be useful for concretizing ongoing debates on the foundations of enaction.

Placebo effects have played a key role in the history of medicine, and they are still nowadays extremely useful as the gold standard to test the efficacy of many treatments through Randomized Control Trials (RCT). Despite its importance, they did not receive much research attention until the last two decades or so, and we are still far from a complete understanding of the phenomena related to the umbrella-term placebo. We will show that part of the problems and limitations to understand the placebo effects is related to theoretical assumptions that are often implicit in the current biomedical paradigm: the mind-body dualism, the predominance of individualism, the reductionist tendency to study isolated factors, and neglecting the dynamic nature of human beings (i.e, their history and evolution process). By taking advantage of the distinction between pre-reflective and reflective consciousness employed in the phenomenological tradition, the theoretical framework of the enactive perspective, and the philosophy of individuation developed by Gilbert Simondon, we will propose a novel way to analyze placebo interventions that overcomes some of the limitations of current approaches, and is able to explain part of the huge variability of placebo responses, across subjects and across conditions. Instead of offering a full account of placebo phenomena, we will provide insights to better analyze different experimental paradigms employed in placebo research considering that each subject is an embodied agent situated in a social environment with concrete problems that can be interpreted as a sense-making challenge or a search for meaning. Then, the placebo intervention can be understood as just the last step that triggers a large response but that would be impossible without the history of the subject, all her previous attempts to cope with her condition in her social context, the patient-practitioner interaction and other features that are often neglected or labelled as non-specific in the placebo literature.

The “organism/environment interaction” has been an important category in biomedical sciences since the end of the 19th century. It brings forward the view of the organism as an autonomous biological entity, with an internally controlled and regulated physiology, interacting with an environment providing opportunities and viability constraints for its living activities. It is often remarked that organisms can transform or construct these environments according to their needs (dialectical views of development and evolution; niche construction; technologies), or that they need to accommodate their lives and norms to restricted environments in case of disease. This presentation will introduce work in progress intending to examine and discuss the current scientific role of this category in biomedicine. On the grounds of some conceptual and empirical challenges, proposals tending to privilege deeper interconnectivities will be considered. This research is integrated within the Inter-identity Project (Mineco FFI2014-52173-P Research Project on Identities in interaction).

Motility Control of Symbionts and Organelles by the Eukaryotic Cell

Motility occupies a decisive role in an organism’s ability to autonomously interact with its environment. However, collective biological organizations exhibit individual parts, which have temporally or definitively lost their motor capacities, but still able to autonomously interact with their host. Indeed, although the flagella of bacterial symbionts of eukaryotic cells are usually inhibited or lost, they autonomously modify the environment provided by their host. Furthermore, the eukaryotic organelles of endosymbiotic origin (i.e., mitochondria and plastids) are no longer able to move autonomously; nonetheless, they make a cytoskeletal-driven motion that allows them to communicate with other eukaryotic cells and to perform a considerable number of physiological functions. The purpose of this article is twofold: first, to investigate how changes in the motile capacities of the parts of a nested biological organization affect their interactive autonomy; second, to examine how the modification of the interactive autonomy of the individual parts influences the constitutive autonomy of the collective association as a whole. The article argues that the emergence and maintenance of collective biological identities involves a strict control of the motile abilities of their constituting members. This entails a restriction, but not necessarily a complete loss, of the agential capacities of the individual parts.

Scientific non-reductionism emphasizes that the whole is more than the sum of the parts. Beyond metaphor, such holistic idea can be made concrete (namely, mathematically formulated and empirically testable) via the notion of entanglement, which is a foundational concept and an established phenomenon in quantum mechanics related to Heisenberg’s uncertainty principle (a fundamental limit to the precision of simultaneously measuring two complementary variables, like the position and momentum of an electron, which is not a consequence of experimental limitations). Here we present a classical analog of entanglement, where uncertainty relations arise from experimental commitments, like the selection of variables and/or subsystems, or ignorance about the context. Inspired by a theoretical work offering a definition of entanglement in a model of macroscopic brownian particles (Allahverdyan et al., 2005), we propose a general sufficient condition for epistemic entanglement that is valid for any underlying dynamics and any pair of macroscopic stochastic observables. Our bound reflects a trade-off between inter-vs-intra particle correlations, and only requires estimating dispersions. This makes it empirically accessible and also somewhat intuitive. We explored the origin of epistemic entanglement by taking advantage of analytical results available in brownian models and simulations of stochastic systems. Then, we applied our sufficient condition to behavioral data of fly courtship, and found entanglement between position and coarse-grained velocity. This result implies the existence of macroscopic correlations that cannot be effectively explained in causal terms, thus limiting the common cause principle. Our work also challenges the idea of pure objectivity, as our choice of measurement variables induced epistemic correlations that cannot be adjudicated to the observed system but that, through coarse-graining, belong to the observer.

Eleven reading seminars lasting 1.5h around different authors and topics that aim to explain the evolution of the nervous system and cognition in human beings. In each session, one participant will shortly (20min) present the topic in order to facilitate the discussion. After every session, this participant will prepare a summary of the discussion. The final transcript will be evaluated for feedback by the coordinator.

Seminars will take place from January to June 2019, on alternate Thursdays from 15:00 to 16:30h, open to online and in-person participation at the Carlos Santamaría Center Seminar 14.

In order to join the reading group or request further information, please contact the coordinators:

Title: Integrated information and autonomy in the thermodynamic limit

Abstract: The concept of autonomy is fundamental for understanding biological organizationand the evolutionary transitions of living systems. Understanding how a system constitutes itself as an individual, cohesive, self-organized entity is a fundamental challenge for the understanding of life. However, it is generally a difficult task to determine whether the system or its environment has generated the correlations that allow an observer to trace the boundary of a living system as a coherent unit. Inspired by the framework of integrated information theory, we propose a measure of the level of integration of a system as the response of a system to partitions that introduce perturbations in the interaction between subsystems, without assuming the existence of a stationary distribution. With the goal of characterizing transitions in integrated information in the thermodynamic limit, we apply this measure to kinetic Ising models of infinite size using mean field techniques. Our findings suggest that, in order to preserve the integration of causal influences of a system as it grows in size, a living entity must be poised near critical points maximizing its sensitivity to perturbations in the interaction between subsystems. Moreover, we observe how such a measure is able to delimit an agent and its environment, being able to characterize simple instances of agent-environment asymmetries in which the agent has the ability to modulate its coupling with the environment. 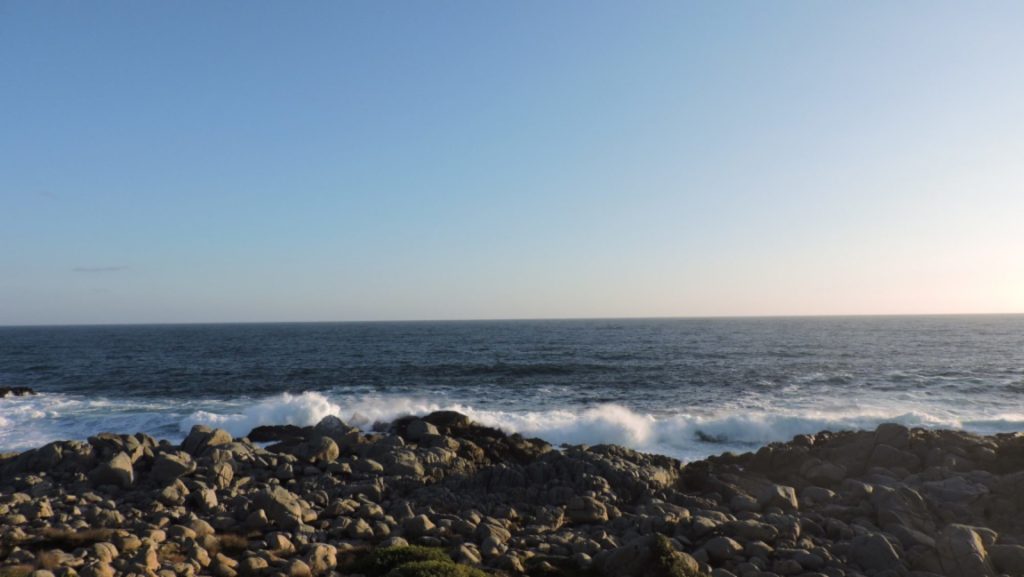