Towards an embodied science of intersubjectivity: Widening the scope of social understanding research 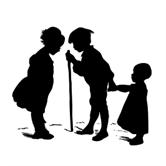 Frontiers in Psychology (section Cognitive Science) has launched a call for papers for a new Research Topic on embodiment and intersubjectivity.

An important amount of research effort in psychology and neuroscience over the past decades has focused on the problem of social cognition. This problem is understood as how we figure out other minds, relying only on indirect manifestations of other people’s intentional states, which are assumed to be hidden, private and internal. Research on this question has mostly investigated how individual cognitive mechanisms achieve this task. A shift in the internalist assumptions regarding intentional states has expanded the research focus with hypotheses that explore the role of interactive phenomena and interpersonal histories in conjunction with individual cognitive processes.

This interactive expansion of the conceptual and methodological toolkit for investigating social cognition, we now propose, can be followed by an expansion into wider and deeply-related research questions, beyond (but including) that of social cognition narrowly construed.

Our social lives are populated by different kinds of cognitive and affective phenomena that are related to but not exhausted by the question of how we figure out other minds. These phenomena include acting and perceiving together, verbal and non-verbal engagement, experiences of (dis-)connection, management of relations in a group, joint meaning-making, intimacy, trust, conflict, negotiation, asymmetric relations, material mediation of social interaction, collective action, contextual engagement with socio-cultural norms, structures and roles, etc. These phenomena are often characterized by a strong participation by the cognitive agent in contrast with the spectatorial stance of social cognition. We use the broader notion of embodied intersubjectivity to refer to this wider set of questions.

This Research Topic aims to investigate relations between different intersubjective phenomena, to help lay strong foundations for a science of intersubjectivity – the social mind writ large. We encourage contributions in psychology, neuroscience, psychopathology, philosophy, and cognitive science that address this wider scope of intersubjectivity by extending the range of explanatory factors from purely individual to interactive, from observational to participatory. We welcome novel theoretical proposals and empirical or modeling methodologies that investigate embodied aspects of social interaction, including cross-disciplinary work.

Topics of interest include, but are not limited to:

– Bodily articulations of intersubjectivity (e.g., blinking, posture, gestures, salutations, the structure and timing of interpersonal coordination)
– The role of social interaction in inter-objectivity (shared use and meaning of objects and tools) and interpersonal spatiality
– The role of social interaction in psychopathology (e.g., autism, schizophrenia, depression) and psychosomatic disorders
– Language, interaction and embodiment
– Social engagement and the development of pretend play and imagination
– The intersubjective regulation of emotions and memory
– Second-person and interactive perspectives on imitation, development, and learning
– The development of interpersonal skills
– Advances in methodologies for interactive approaches, such as hyperscanning, thermal imaging, dynamical systems and information-theoretic analysis, etc. and their applications in neuroscience, psychology, psychopathology, and psychotherapy
– Embodied, interactive aspects of conflict and cooperation
– Interactive aspects of self-conscious emotions, such as shame, pride, guilt, etc.
– Real life vs. technologically mediated interactions
– Interactions beyond the dyad, collective intersubjectivity, social normativity, institutions, work, team cognition