Maturana and Varela’s work on the theory of autopoiesis in the seventies and eighties led to a conception of life as a form of organization, by which each living entity recursively produces itself, including the boundary with its local environment (i.e., the cellular compartment). In more recent times, we have applied a similar idea, ‘basic autonomy’ [1], to design a research agenda in the field of origins of life, proposing it as an intermediate bridge between complex self-organizing phenomena and ‘genetically-instructed metabolisms’ – i.e., minimal but already full-fledged living organisms, capable of open-ended evolution [2].

This systems view for the origin of life is grounded on the idea that biological organization should result from the functional integration of diverse autocatalytic subsystems maintained in far-from-equilibrium conditions. The authors of this work come from two different fields of research, prebiotic peptide synthesis [3, 4] and fatty acid compartment self-assembly [5], but share the aim of investigating the relevance of coupled processes that could connect both fields.

The membrane-assisted formation of oligo-peptides [6,7] or more recent endogenous synthesis of a hydrophobic peptide that gets inserted in the lipid bilayer of a protocell  [8] have opened new research pathways into the possibility that peptides could be helpful for the growth and stability of lipid vesicles.

We present here the first results of a collaborative work in which the presence of fatty acid vesicles has been demonstrated to favor the peptide bond formation, potentially leading to a prebiotic process of selection and amplification of peptide residues. In turn, the insertion of the type of peptides synthesized here into fatty acid membranes could also contribute to their stability, representing a positive feedback for vesicle self-assembly and potential growth and reproduction.

THE LIMITS OF SCIENCE AS BIOLOGICAL LIMITS OF HUMAN BEINGS

In this talk I will analyze the nature of Science considered as a specific form of human action. I will first analyze the epistemic dimension of science, its limits, and the role that philosophy could play in this domain. Second, I will consider science from a broader perspective, as a system embedded in the development of human society. From this perspective, science has caused an accelerated process of economic growth. But this process, which lacks a global regulatory control, is potentially self-destructive because it undermines the ecological logic, which is based on building sustainable cycles among species. As I will explain, a clash between the specific expansion of the human niche (as driven by science) and the induced transformations in the global ecosystem seems inevitable because the change in the forms of human interaction with other species is cultural, not genetic, and therefore its speed makes it virtually impossible a re-adaptation by most of the biological species.

This talk sets out to explore points of contact between the approach of early 20th century psychologist Karl Bühler and some recent developments in cognitive science such as enactivism, sensorimotor accounts of cognition or second person approaches…

During the 1920ies – times of proliferation and crisis – in Vienna (the heyday of the Vienna Circle, Freud, as well as the “biologische Versuchsanstalt Vivarium”) Bühler writes a productive critique of the competing schools of psychology (“Crisis in Psychology”), opening up the question of the proper “subject matter of psychology” and in the following years goes on to sketch a programme for a Psychology, firmly grounded in (systems) biology and aiming to address all areas of “meaningful life” including the behaviour of unicellular organisms as well as products of human culture.

This talk will explore (1) how Bühler’s systematic critique based on an analysis of different (and complementary) ways of approaching the mind (experience, behaviour, and structure approaches) can be instrumental for understanding some of the problems inherent in modern cognitive science and how they came about. And I will explore (2) some of the untapped potential of his positive framework and how it might open up a new road for cognitive science not yet travelled.
Bühler’s approach is very much in line with recent developments in cognitive science (action turn, social turn, semiotic turn). His systems view of organisms, taking purposeful action as the basic unit of analysis, his emphasis on social co-regulation being constitutive for society and “higher cognitive functions” such as language, and in particular his cyber-semiotic theory of communication and cognition/interaction (combining his notion of “Steuerung/regulation” with an elaborated theory sign processes) are strikingly similar to concerns and concepts of enactivism and sensory-motor accounts of cognition (such as (participatory) sense-making and “active perception”…), and might in some aspects even point beyond them.

According to different models, schizophrenia is a disorder that disrupts the Self, even at the implicit and bodily level of basic self-awareness. Consistently, specific body-oriented psychotherapy interventions for schizophrenia have been developed to access firstly the implicit and bodily level of experience. The aim of this study is to explore participants’ experience of body-oriented psychotherapy in order to understand the helpful factors in the process of therapeutic change. After a 10 weeks program of body-oriented group psychotherapy (Roericht et al., 2000) 6 adults with schizophrenia participated to a semi-structured interview (Change Interview; Elliott, 2001) exploring their experience of change and helpful/hindering aspects of therapy. Data were analysed using Interpretative Phenomenological Analysis (Smith et al., 2009). The preliminary results showed six super-ordinate themes related to therapeutic change: 1) Being a whole: body-mind connection 2) Being unique and worthy: feeling accepted for who one is 3) Being part of a group: feeling of social belonging 4) Being agentic, being able 5) Hoping and investing in the future. These core themes share the underlying idea of a recovery of a sense of Self at different levels. The relevance of these results and their implications for treatment approaches to schizophrenia will be addressed.

Over a hundred years after the classic debates on the individuality of lichens, the role of symbiosis in the emergence of innovations is a significant part of the canon of contemporary evolutionary biology. The theory of symbiogenesis, proposed by Boris Kozo-Polyansky (1890-1957) and deployed in all its explanatory power by Lynn Margulis (1938-2011), allows the study of the emergence of new structures, metabolisms and behaviors from the association of different species. Thus, we are convinced that mitochondria and chloroplasts have common ancestors with modern free-living bacteria and that eukaryotic complexity began out of prokaryotic consortia more than 1 billion years ago. But the link between symbiosis and evolution does not end here. Associations with prokaryotic organisms have been present and repeated throughout the evolutionary history of eukaryotes. One of the best studied cases are the metabolic symbiogenesis between insects and bacteria, which have occurred independently many times during the last 300 million years, producing numerous mergers of the branches of the tree of life. The vertically inherited endosymbionts and the intestinal microbiota have sculpted the metabolic capabilities of the largest animal group. If the association between prokaryotes was essential for the emergence of the eukaryotic cell, we must also recognize that the symbiotic associations with prokaryotes, explored during eukaryotic diversification, have been crucial in the evolution of eukaryotic metabolism. The eukaryotes are really metabolic mosaics. 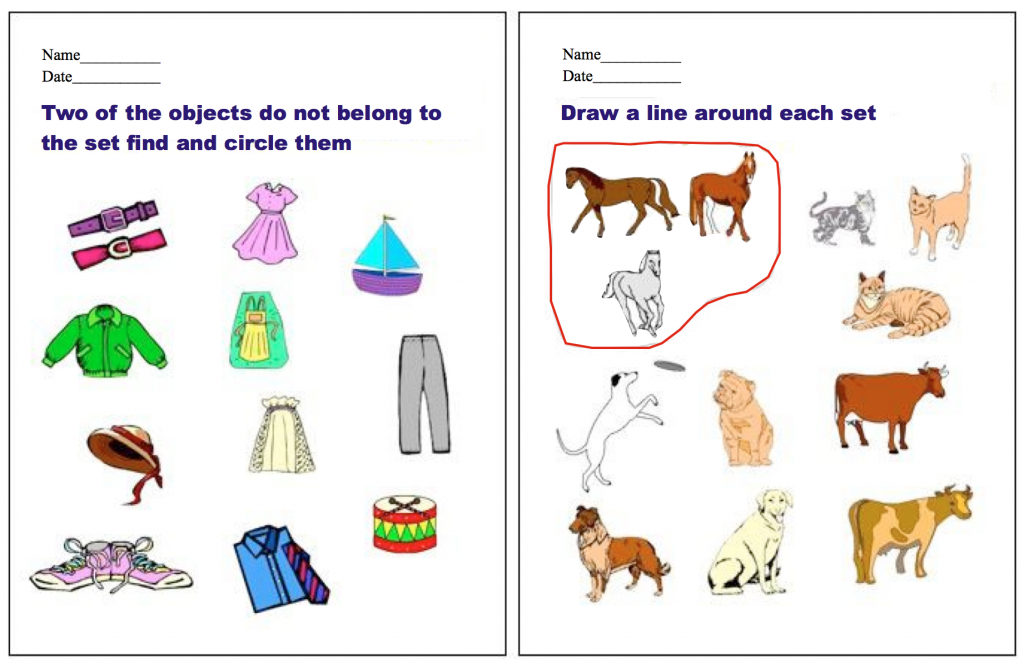 It is said (Boyd 1991, Reydon 2010) that the notion of ‘natural kind’ plays an important role in philosophy of science for understanding grouping practices, what science is and how it works because it allows and facilitates a comparison of different classificatory strategies. In order to investigate the contribution of this philosophical concept, we need first to clarify what makes a kind natural. In this paper I argue that the notion of “natural kind” is ambiguous: a fundamental disagreement concerns how philosophers understand the ideas of “natural”, “real” and “objective”. Thus, a meta-theoretical analysis –i.e., an interpretation of the different theoretical accounts of natural kinds that conform the current debate– is a necessary step to clarify the uses and meanings of the “natural kind” concept.
I argue that this analysis explains in what sense the notion of “natural kind” is ambiguous, and it serves as a useful tool for understanding the relations, controversies, peculiarities and differences among theoretical approaches in the current philosophical discussion on grouping strategies and concepts.

From May 1st – 3rd, 2014, in the Casa de la Paz y los Derechos Humanos, the San Sebastian node of TESIS, in collaboration with the Globernance Institute, and the IAS-Centre for Life, Mind, and Society at the Department of Logic and Philosophy of Science, University of the Basque Country (UPV/EHU), will be hosting an interdisciplinary workshop “Interacting Complexity: Cognition and Communication in Conflict Transformation.”

The Praxeology and Phenomenology of Gesture: A Case Study

(The University of Texas at Austin & Carl von Oissietzky-Universität Oldenburg)

Drawing on a praxeological framework for the study of gesture and embodied action (Streeck 2009) this presentation will present video data and analysis of the communicative practices of a single individual, the owner of a car-repair shop. It is shown how this man deploys hand-gestures to solve problems of shared perception, diagnosis, and collaboration in interaction with employees and customers. A particular focus of the presentation is on the dialectics between habitualized gestures and situated improvisation and on the question how spontaneous movements of the hands pick out and highlight significances of an emerging communicative situation and thereby impact its further course. The presentation as a whole is a plea for the merging of the phenomenology of body motion and the micro-analytic study of real-life moments of social interaction.

In parallel with recent developments in the cognitive sciences regarding the importance of action, ritual theory has undergone a similar revision over the last few decades. Whereas ritual was once discussed solely in terms of symbolism and belief, now the importance of ritual action is foregrounded. Many theorists consider doing rituals, rather than inferring various theological subtleties supposedly implied by them, to be paramount. However, this school of thought should not be interpreted as the marginalization of meaning as a fundamental category, though a basic reorientation is required: Meaning, as participatory sense-making, comes predominantly from the enaction of ritual rather than from ideas or beliefs thought to be expressed by those rituals. In this talk, theories of enaction and theories of ritual action are juxtaposed in order to arrive at a set of productive comparisons between the two theoretical frameworks. As in the theory of enaction, it is here suggested that ritual is an important means of “bringing forth a world.”